In the 1980’s the Aim High co-founders, Victor and Conrad Bui’s mother was unfortunately involved in a low-impact car accident. Unaware that her personal injuries were serious she declined to go to the hospital.

After two years she was experiencing frequent headache, dizziness, fainting spells, tight muscles, and serious neck pains. Not realizing that these symptoms were a result of her car accident she did not seek immediate treatment. These pains eventually forced her to take a leave of absence from work.

She attempted many treatments for her pain including prescription medication, and several medical procedures but nothing relieved her of her pain.

Chiropractic May Be The Answer

After many failed attempts and countless visits to medical doctors, Mrs. Bui’s daughter Cam, who was studying to be a medical professional at the time suggested she visit a chiropractor. Her son, Conrad came with her to her appointment to show his support. After regular visits to the chiropractor over a four month period of time Mrs. Bui started to feel better for the first time in years! She was even able to return to work.

After witnessing first hand the power of chiropractic care Conrad decided to dedicate his life to the practice of chiropractic. After completing school at Palmer Chiropractic College-West Dr. Conrad Bui opened his own chiropractic practice with the help of his brother Victor Bui. Aim High's Chiropractors has been growing and healing patients ever since!

For more information about how the chiropractors at Aim High Chiropractic can help you live a happy, pain-free life, contact us today. 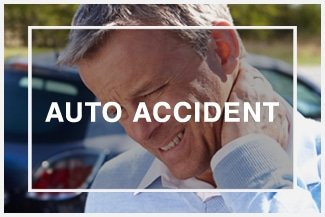 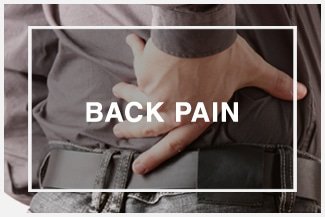 Working with Aim High Chiropractic
will make a difference in your health.

The Science of Chiropractic Care

Patients who seek out chiropractic care do so for a variety of reasons, they are seeking help with alleviating back or leg pain caused by an injury or trauma, avoiding and reducing headaches and migraines, reducing the symptoms of carpal tunnel, and a variety of other issues.

By aligning the spine and correcting issues with posture, balance, and correcting their proprioception, which affects issues within the inner ear and affects our spatial awareness, chiropractors can help reduce joint pain and soreness in the surrounding muscle and tissue.

Because chiropractic care is non-invasive, it is often seen as a preferred alternative to medication or invasive surgery because it can help many patients find solace from their joint and muscle pain.

What Is Chiropractic Care?

Health care professionals who practice chiropractic care focus on the neuromusculoskeletal system of the body, and work to help patients eliminate pain, treat and prevent injuries and disorders of the muscles, bones, and nerves.

The primary objective of alleviating these issues is that by correcting nerve interference, by means of adjusting the spine, the body is able to heal itself without invasive procedures and drugs.

Each patient’s case is different, as our spines are all shaped differently, and our bodies react to various outside stimuli in a variety of ways so it’s important to understand that every chiropractic treatment is designed specifically for each patient.